The Refreshing Signs of a Gracious Woman

This sentence draws an analogy that should stop you in your tracks.

Grace-ious: full of grace. A woman of grace gets a well-deserved respect, as violent men get riches!
Not too many generations ago, "gracious" was literally defined as "godly". The word has since been watered down to mean something more akin to "mousy", in my opinion. Today, most define the concept of "gracious" as being sort of Southern Genteel, and even secretly condescending. In our time, a person who considers herself to be above others, a person who thinks she is better (better looking, better educated, better manners, better breeding, better income, better everything) is thought to be gracious if she is nevertheless nice to all the peasants of the planet.

Such a diluted definition, and nothing that could ever be analogous to violent men getting riches. Violent men are a force to be reckoned with. So is the woman of true grace.

A gracious woman obtains respect because her very grace-filled nature is such a transforming force, everyone in her wake cannot help but hold her in high esteem. She not only obtains their respect...she keeps it. This is beyond difficult, this preserving of respect. Most beauty decreases upon further examination. Only true beauty increases, the more you get to know it. I have met lots of women who seemed Godly, but the more I got to know them, the greater their net negative affect on my life.

With long exposure to one particular woman years ago, for example, I found myself treating my husband with the same coolness and critical spirit with which she treated her husband. I had to pull back from the relationship for a season, to re-orient my heart to grace. Some women have influenced me to be more and more focused on petty physical ailments, because that is what they were focused on - petty things like normal fatigue, dizziness, or aches and pains. I had to consciously deal with this, and choose for myself a more dismissive attitude towards the small stuff. Some women exude unhappiness, and the depression that haunts the un-gracious woman begins to rub off on me.

I have known some women, however, who the more I got to know them, the more I myself began to become (or at least wanted to become!) almost as gracious as they. These are the women who are stunning. They are refreshing to know. They are forces to be reckoned with. They "gain my respect, as violent men gain riches".

Here are a few of the symptoms of a grace-filled person:

Intelligent: as opposed to merely educated or just clever. The legalist is clever, in a cold sort of way. The sparkling intelligence of a woman of grace is entirely different. The gracious woman has studied hard, studied long, and she does the necessary work to be able to communicate what she has learned. She sets her table, figuratively speaking. She has "killed her beasts, mingled her wine", and she invites you and I to "come to the feast". She then treats us as honored guests, as friends having much to contribute, not putting emphasis on her own considerable intellectual work.

Warm: a woman of grace has undeniable warmth. Her emotions are governed by a passionate God, as opposed to the legalist who is "cool, calm, and collected" only because she is too proud to let her hair down. The gracious woman runs warm, and even white hot, but not out of control, and she is never cold. The opposite of love is not hate...it is cool indifference. A gracious woman stands out like an inviting hearth-fire amongst her self-aware, emotionally cold peers.

Wit: this is an unexpected symptom of a gracious person. It is the unintended consequence of the joy of the Lord that permeates the day of a grace-girl. A gracious woman can be hilarious. I've known a few who crack me up so bad, I feel good, and all healed-up on the inside.

Others: a gracious woman thinks of others. When you are with her, she doesn't talk only about herself. The topic of conversation is usually either about you, or ideas that have the potential to be incredibly interesting. The conversation is not stilted or strained, rather it flows from a sincere interest in others, and an unquenchable enthusiasm for God Himself. Some gracious women are natural introverts. Yet they have managed, somehow, to not make an idol of their personality. They can and do get outside themselves, and they will often make you feel as though you are the most important person in the room, when you talk to them.

Imperfect: this is perhaps the biggest trait of a gracious woman. She has flaws...physical flaws, personality quirks, and even big, honking spiritual imperfection. She takes it all in stride, and her world is not rocked when she discovers she has been wrong. After all, she was born wrong, born in sin, and it comes as no surprise to her that she will be wrong a time or two again at some point in her life. Or at some point in the next five minutes. Big deal. She'll fix it, and move on.

Consistent: a gracious woman stays in relationship. She can be depended on to be there, at least in spirit, and to love you to the end. You have to be the one to leave a gracious woman's friendship behind - a gracious woman will not leave you. She won't run after you if you leave, and thereby force herself on you, she won't compromise her deepest convictions, but she is committed to unity in the midst of diversity and she will stick with you often to her own hurt. She will receive you back in an instant, should you wish to resume a right relationship, and you won't have to meet a long checklist of qualifications to be reinstated. In fact, she will treat you as though you never left her to start with. Its rather humbling to be thus loved, though she isn't trying to humble you.

Christian: a gracious woman is one who has trusted entirely in the grace of God, and not in her own performance. Strangely, she usually out-performs everyone else. Her hope is built on nothing less than Jesus blood and gift of righteousness. The message of the gospel motivates her and perfumes her thoughts, and infuses her relationships.

There is no other way to be grace-ious.

A toast..."To all the gracious women in my life!"

How wonderful and so encouraging to all Chritian women! God bless you!

Thank you so much! I appreciate your taking the time to stop by and leave a comment!

Great article, I just shared it to my facebook and encouraged others to reshare.

I'm in my twenties and I'm learning to be gracious given I'm going through a rather tough time personally and it is vital for my soul and future growth that I remain this way. Despite everything, I feel so very serene. Thank you for this article. It has helped me immensely.

Your twenties is a lovely time and season to soak yourself in the grace of God, applying the "concept" of the finished work of Christ" to your present situation - THUS making the Gospel a reality in your life! Oh, how I wish I had been learning these things in my 20's! :-)

So proud of you...keep it up. Growing up into all things CHRIST (not law) is a challenge...a daily, delightful, difficult challenge.

Thank you for visiting, and please come back and see me anytime!

Seriously.. thank you for posting this practical guide to what a gracious woman is all about.

I found this blog because I was reading Prov 11 and vs. 16 popped out. "A gracious woman attains honor." I just typed "How to be a gracious woman" into Google. God is soo sweet. I just love miracles like that!!

Literally, he word grace has seasoned so many conversations in the last month or so.. It was such a blessing to read this blog today. I also forwarded it to my friends.

Thanks again for posting! :)
Christina

Christina, I regard your comment as one of my Mother's Day gifts. Thank you for taking the time to say it. It made my day... 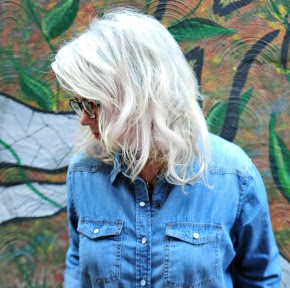 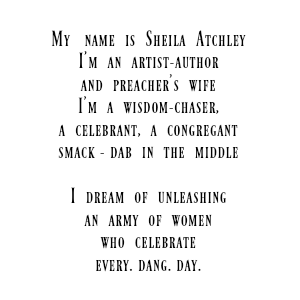 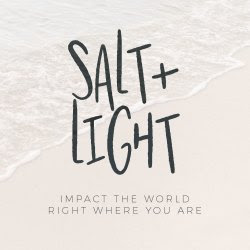 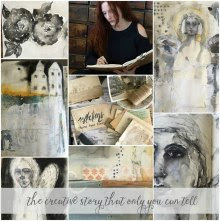 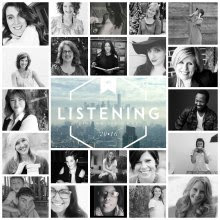 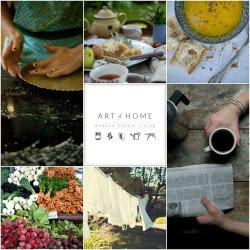 Becoming || The Unfolding of You